Despite the fact that ants usually cause rejection, they are insects that can give us lessons and some very important ones. In total, about 12,580 species of these hymenopterans have been recorded throughout the world. In other words, there is twice the variety of mammals, which represents about 15% of the mass of living terrestrial organisms on the planet. But what would happen if these insects became extinct?

Next, in Copaiba we explain the importance of ants in the ecosystem and, in general, in the entire planet.

The importance of ants in nature, what would happen if they disappeared?

The truth is that it would be catastrophic. If all the ants became extinct, the imbalance would produce global chaos. Something that makes sense if we take into account that there are about 168,000 ants for each person, that is, they weigh the same as us. So they are important, and if there were no ants, the effect would be very serious.

The ecosystems would be very damaged, they would deteriorate rapidly. Indirectly, the loss of other species would be enhanced. In a short time we would observe a huge accumulation of large quantities of carcasses of other insects on the ground, since they would not have their food supply: the ants. Thus, other animal species would become extinct, as well as plants.

In short, the importance of ants is very high on this planet, because if they were, the following would happen:

What are the functions of ants in the ecosystem

Without ants, the planet would lose much of its biological diversity, since they fulfill an important number of roles in the environment. Thus, if you wonder what the tasks of ants are in nature, take note.

To begin with, they disperse the seeds that fall from the plant to the ground, a process known scientifically as myrmecochory. Without this type of organism, plants could not spread, something fundamental because some species prevent the growth of more plants around them, so they must move away from each other.

It is true, this seed dispersal can be done by other organisms, but some plants need ants so much that they secrete a kind of mass called sweet elaiosome, which contains the seeds of some plants and whose function is to attract them so that they take the seed on the way to the anthill. Without this help, many seeds would not germinate. In addition, ants are capable of pollinating. They don't fly like bees, but they can carry pollen to nearby plants, allowing the plants to fertilize.

On the other hand, they also control various populations of invertebrates. This is the case of predators, which eat small insects or even reptiles. Near the tropics, any animal that doesn't fly or can't go fast enough is preyed upon by army ants. At the same time, the non-existence of these living beings with three pairs of legs would greatly annoy the arachnids, as well as some vertebrates, such as pigs and anteaters, who would no longer be able to taste them.

The only good thing is that if the ants disappeared completely, surely more than one farmer would celebrate.

In summary, the functions of ants in the ecosystem are:

Pollinate, which also allows the reproduction of plant life.

Feed on some insects and other invertebrate animals, which helps maintain the balance of species.

Feed on decomposing organic matter, so they help clean and take advantage of organic waste.

They are food for many animal species, such as anteaters, spiders, pigs, etc.

Thus, now that you know their importance, if you need to get rid of them in your home, do not eliminate them, but it is better that you throw them out of your house so that they can continue their lives elsewhere. 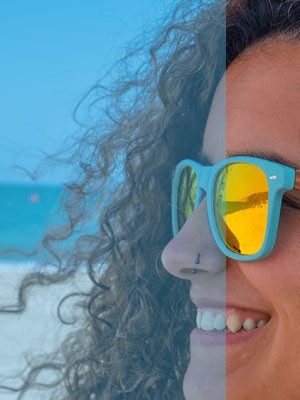